Cocinar Madrid_Poéticas del Gusto (Cooking Madrid_Poetics of Taste) is a project that, since 2016, reactivates spaces and communities through collaborative cuisine.

Cocinar Madrid_Poéticas del Gusto is a boiling project in which anthropology and cooking are put into play in order to investigate what is being done in diverse food cultures and their different interactions and transformations. For this we create processes of dynamization and research: buying, cooking and eating in key spaces of our cities. The team is composed by Suraia Abud Coaik, María Arranz, Majo Castells and Susana Moliner.

The project drives activities that promote intercultural links from food as a tool for social and ethnographic research. We understand that cooking is a creative and educational act in which participants open ourselves to a sensory, playful and collective experience. Opening our pans and pots is an invitation to share recipes, stories, condiments and tastes.

Cooking is a cultural and social act that gives rise to learning processes that promote participation. In this sense, the project aims to create new participatory and horizontal dynamics through the creation of meeting spaces between people of different realities (by age, gender, religion, origin, etc.), which have different food practices and that think, feel and live the kitchen in different ways. 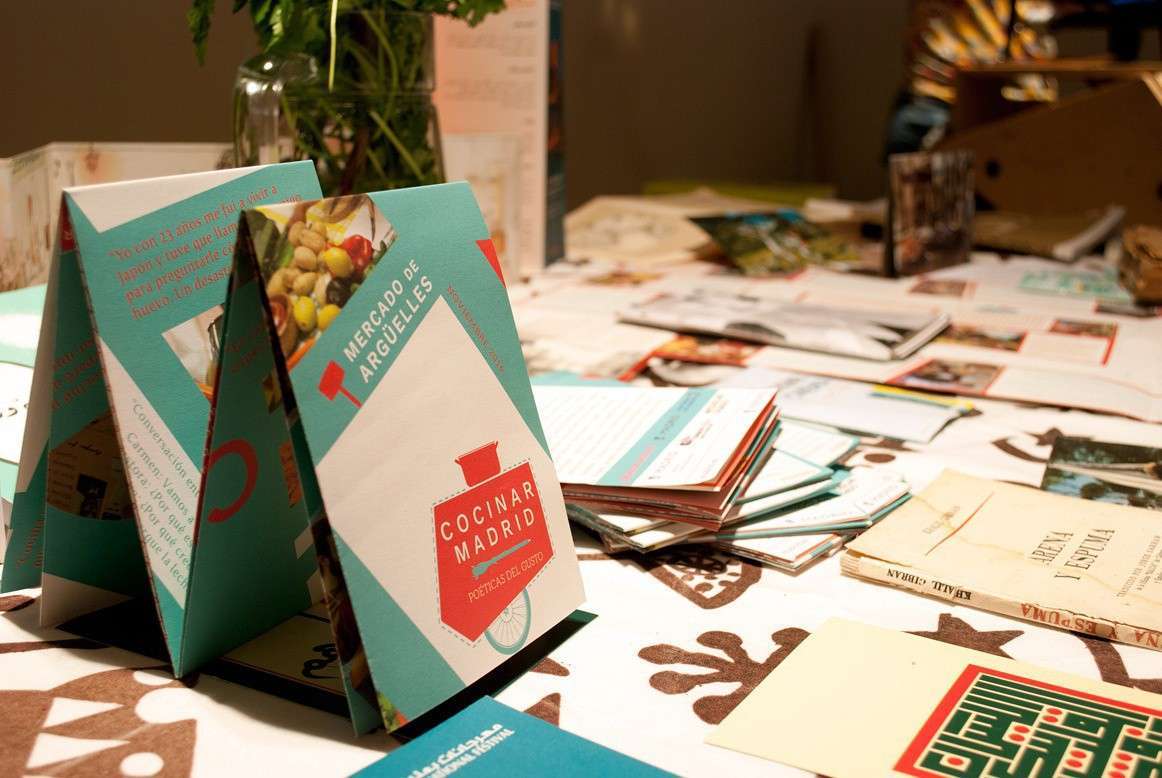 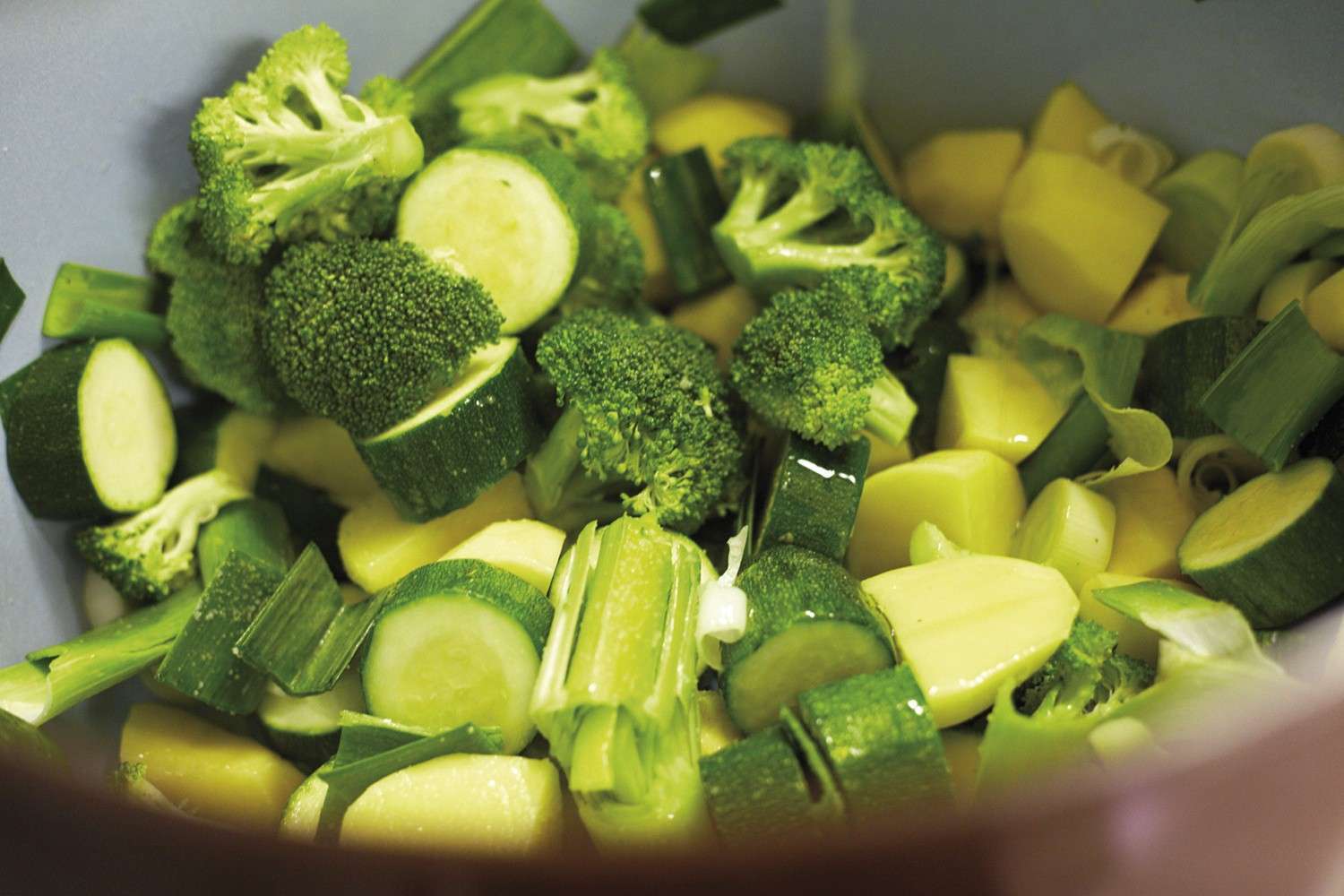 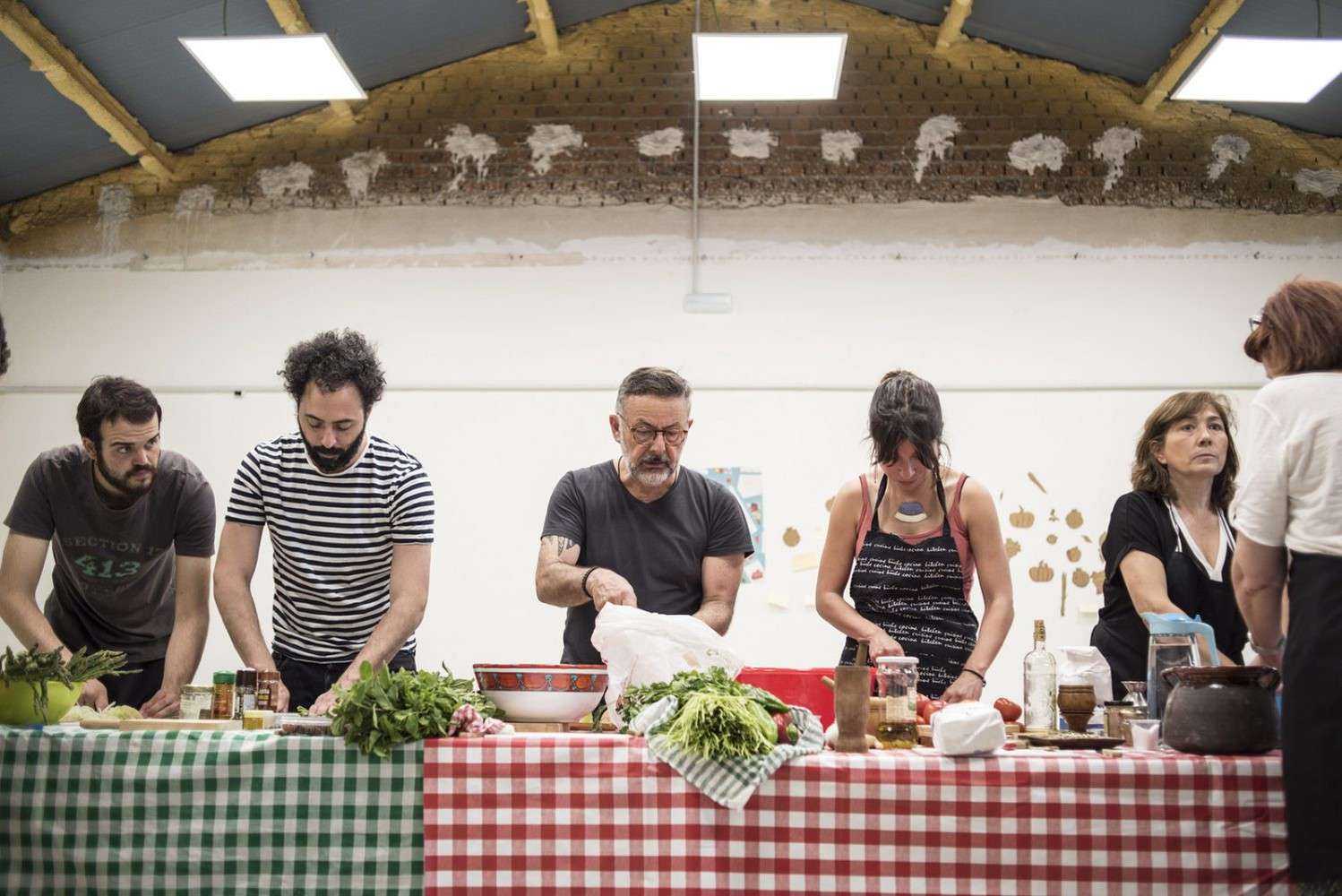 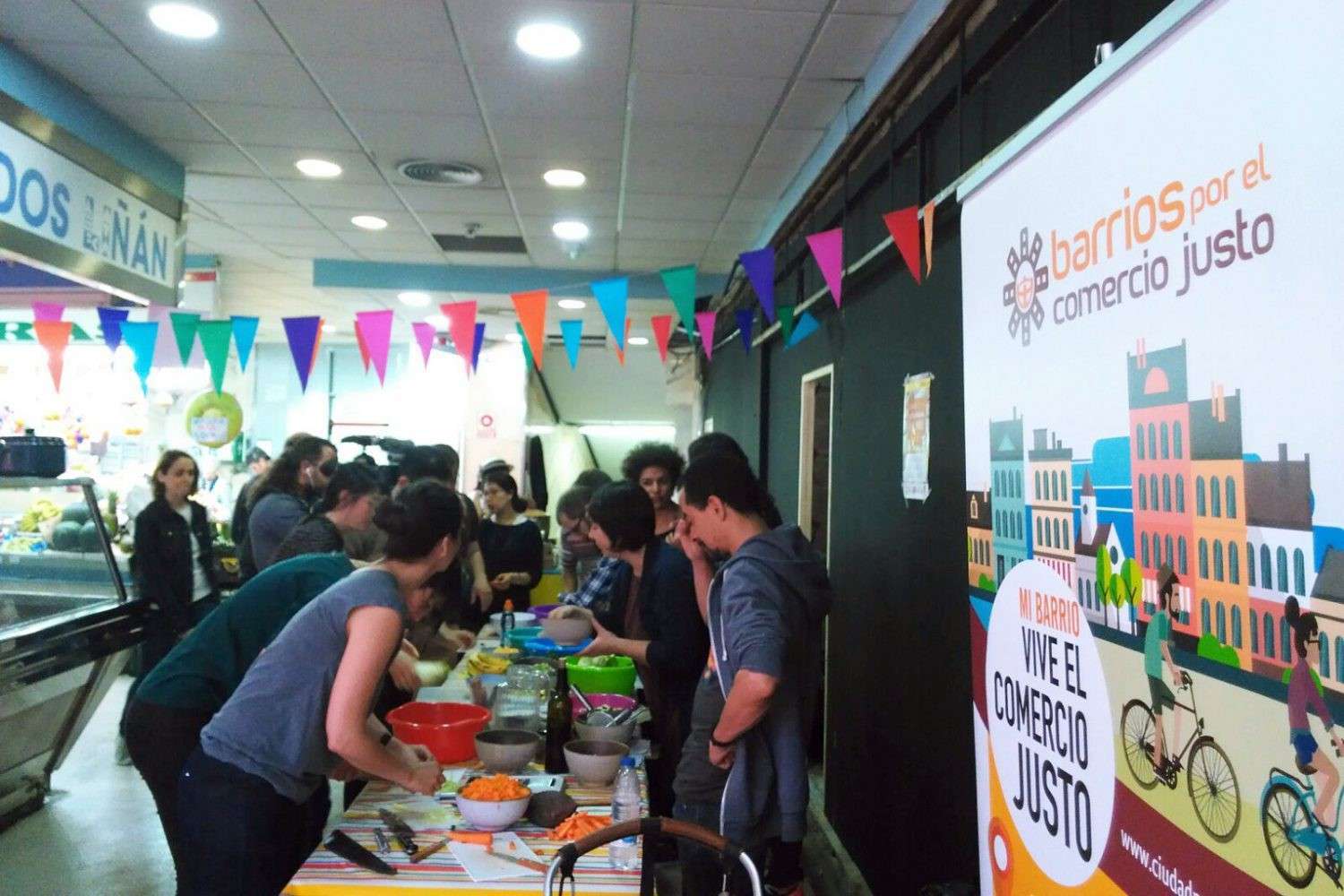 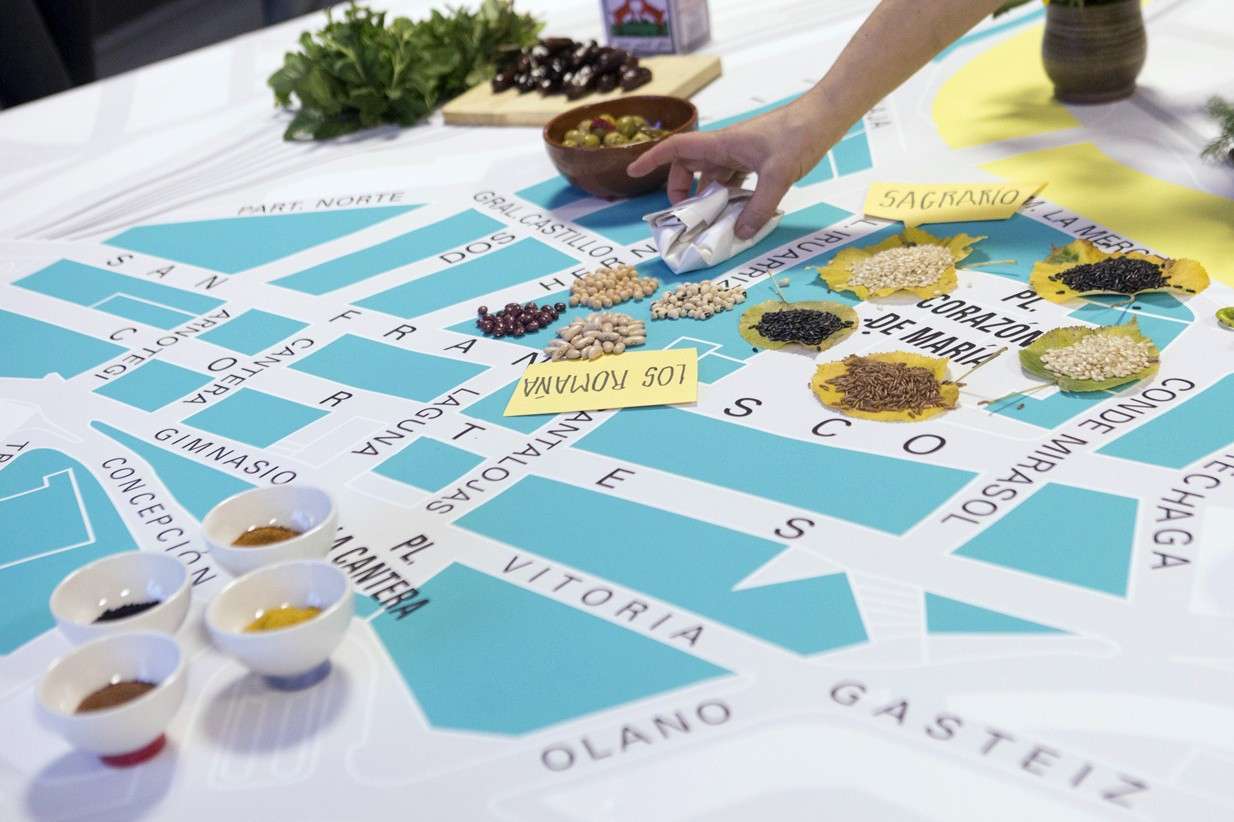 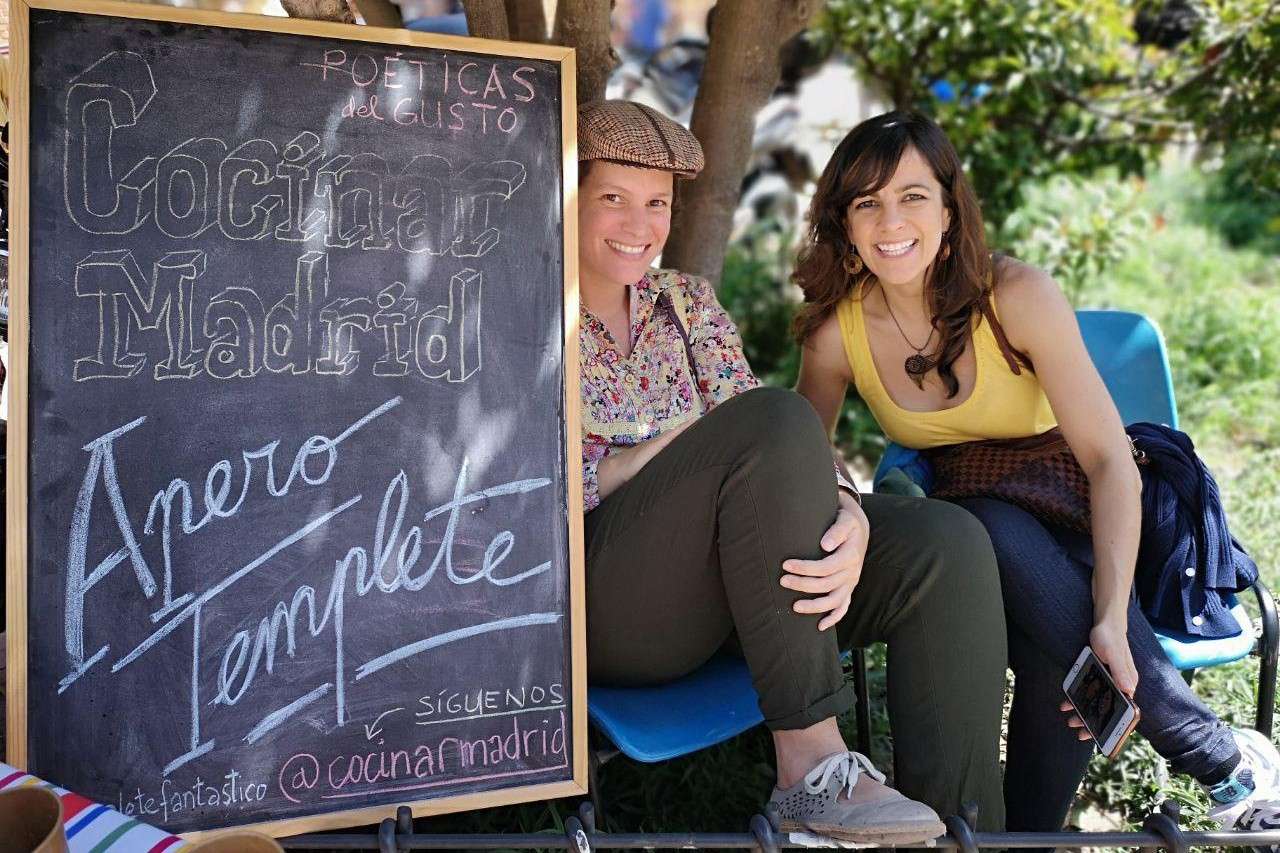 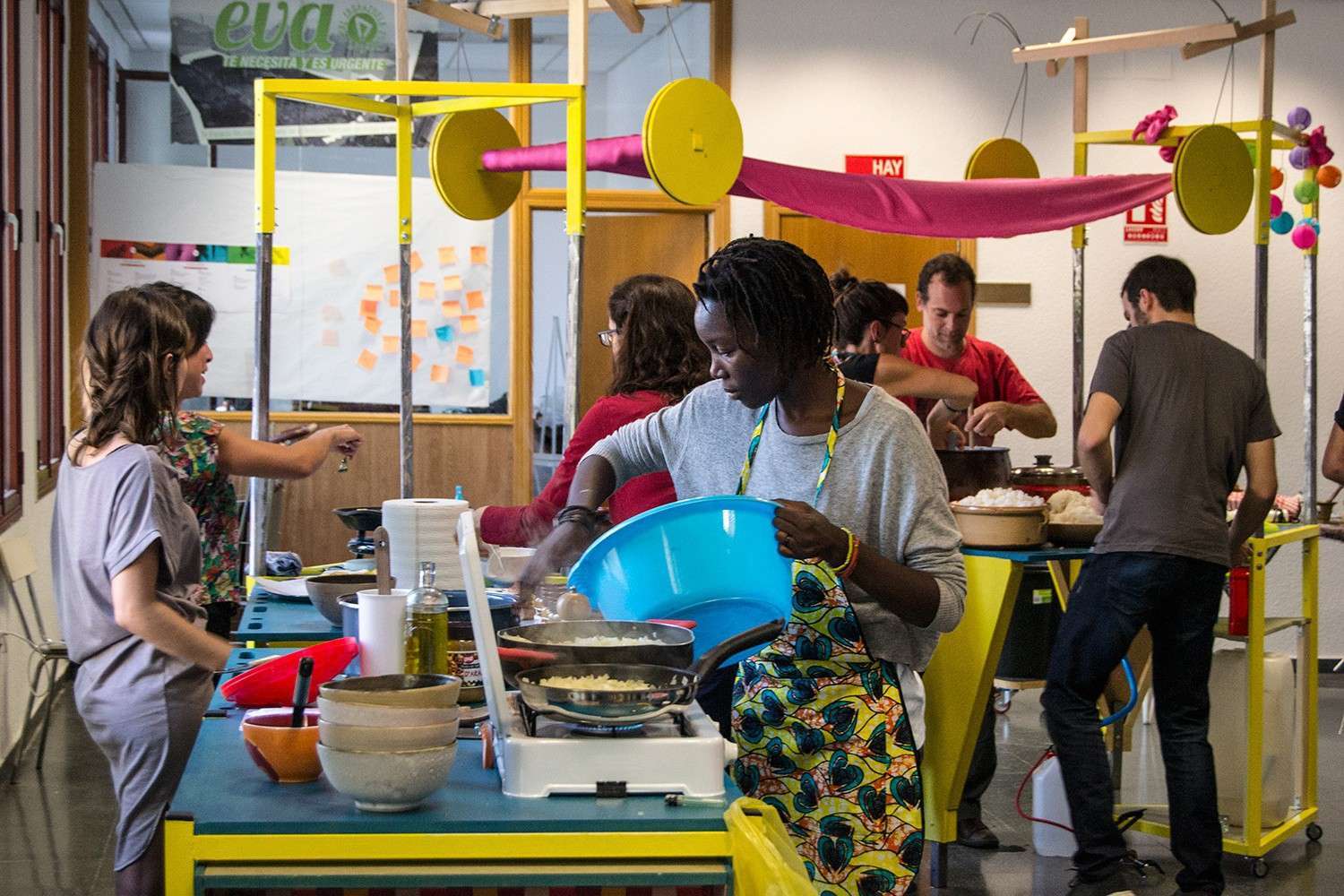 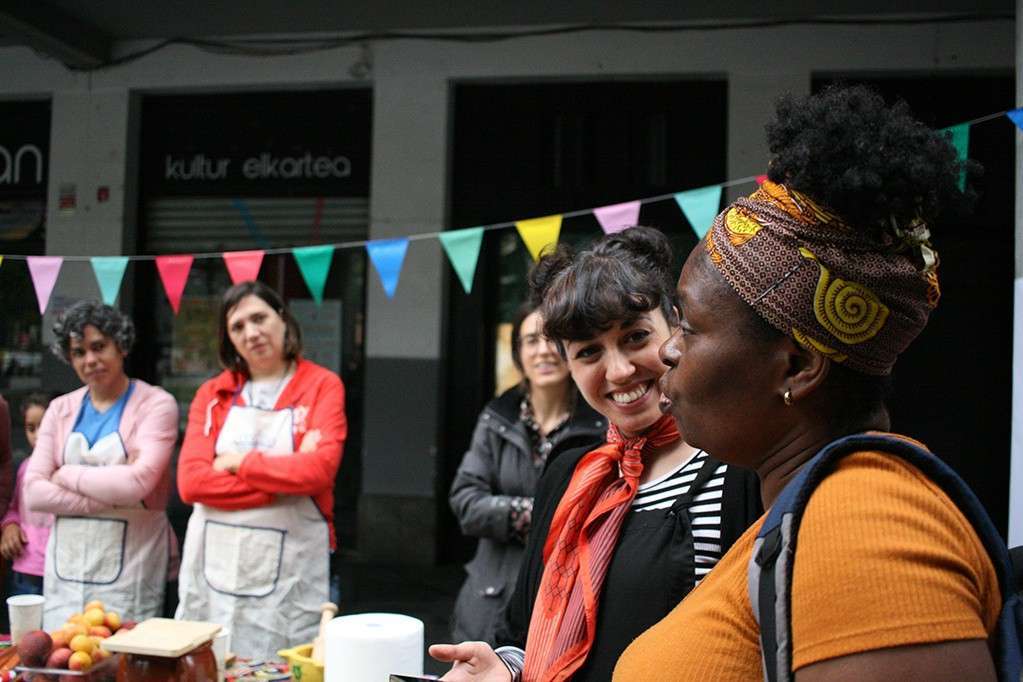 The project began within the framework of the Common Objects (Objetos Comunes) program in Medialab Prado, in December 2015, designing and manufacturing the first kitchens, which were used within the Madrid Activa program at the Argüelles Market in 2016.

The adventure continued in 2017 within the framework of Experimenta Distrito, a program of Medialab Prado in the district of Fuencarral – El Pardo, together with the Big Band of the Complutense University. The workshop took place at the CSA Playa Gata with twenty participants and they cooked for all the guests at the party, about 100 people.

In June 2017, we held a workshop at Casa Árabe, where collaborative cuisine was combined with an audiovisual proposal. During the workshop, part of a field study carried out in Lebanon in 2015-16 in relation to the food culture of different areas of the country was projected. Through the workshop, we reflected on the differences and similarities between Spain and Lebanon as Mediterranean countries.

That same year, the project participated in the Grigri Pixel Madrid closing party with the Cook your Grigri proposal in October 2017 and October 2018, in collaboration with Medialab Prado and the Spanish Agency for International Cooperation for Development (AECID).

In November 2017, the project traveled to Uruguay to carry out, together with Yannick Roels (Cultureghem organization, Belgium) a mobile device for the preparation of meals and revaluation of home cooking as a strategy to contribute to the improvement of eating habits and health of population, in collaboration with the University of the Republic, the National Food Institute, UTU-Gastronomy and the Ministry of Public Health.

In April 2018, we returned to Playa Gata Self-Managed Social Center in order to prepare, together with the residents of the neighborhood, a banquet in the framework of Cocina tu Muelle (Cook your Dock) workshop. In May of that year, we were in several markets in Madrid collaborating with IDEAS Fair Trade.

In January 2018, we launched into the Imagina Madrid program with Haciendo Plaza project, with the aim of reviving Valdezarza Plaza and turn it into a neighborhood meeting point through the construction and use, in collaboration with the neighborhood, of two mobile kitchens

In June 2018, the project traveled to other Mediterranean coasts to participate in the Beirut Design Week festival, in Lebanon, where a culinary dynamic was carried out in a neighborhood to learn about its culinary memories through food and objects.