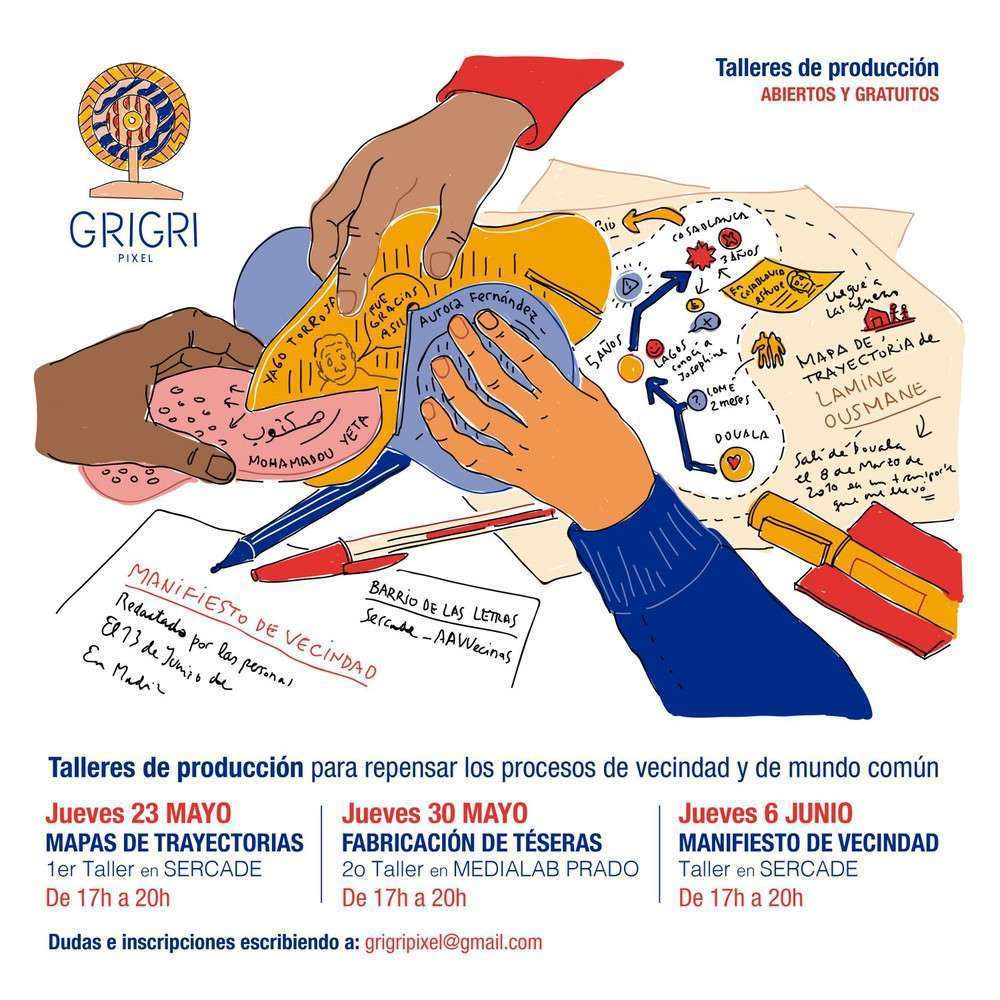 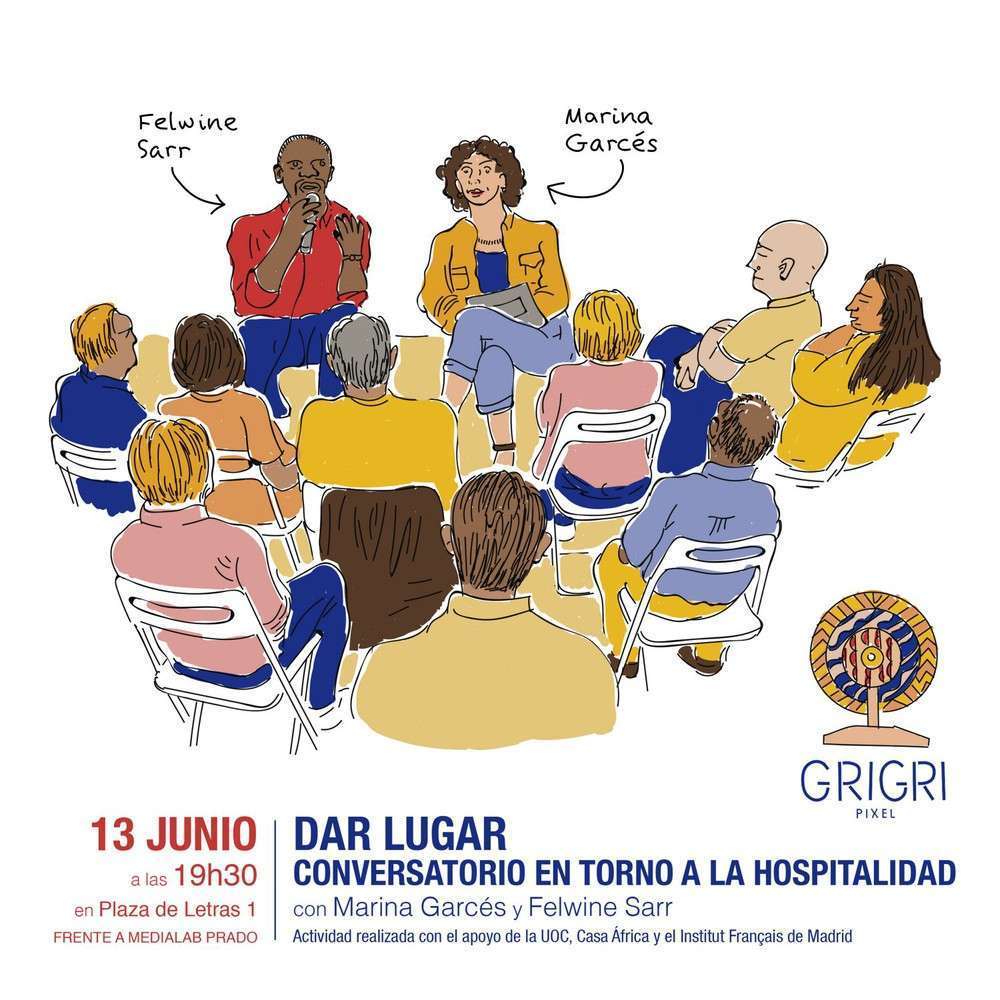 TO GIVE PLACE A conversation around Hospitality 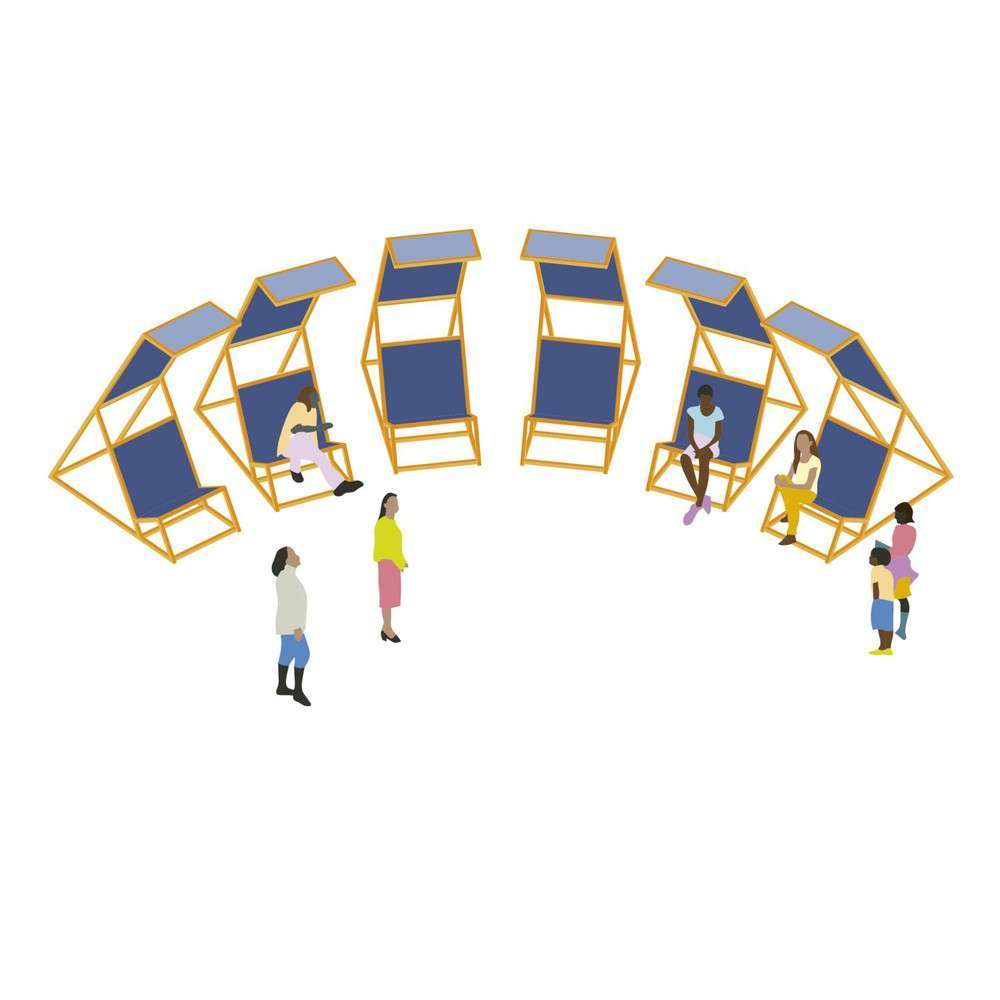 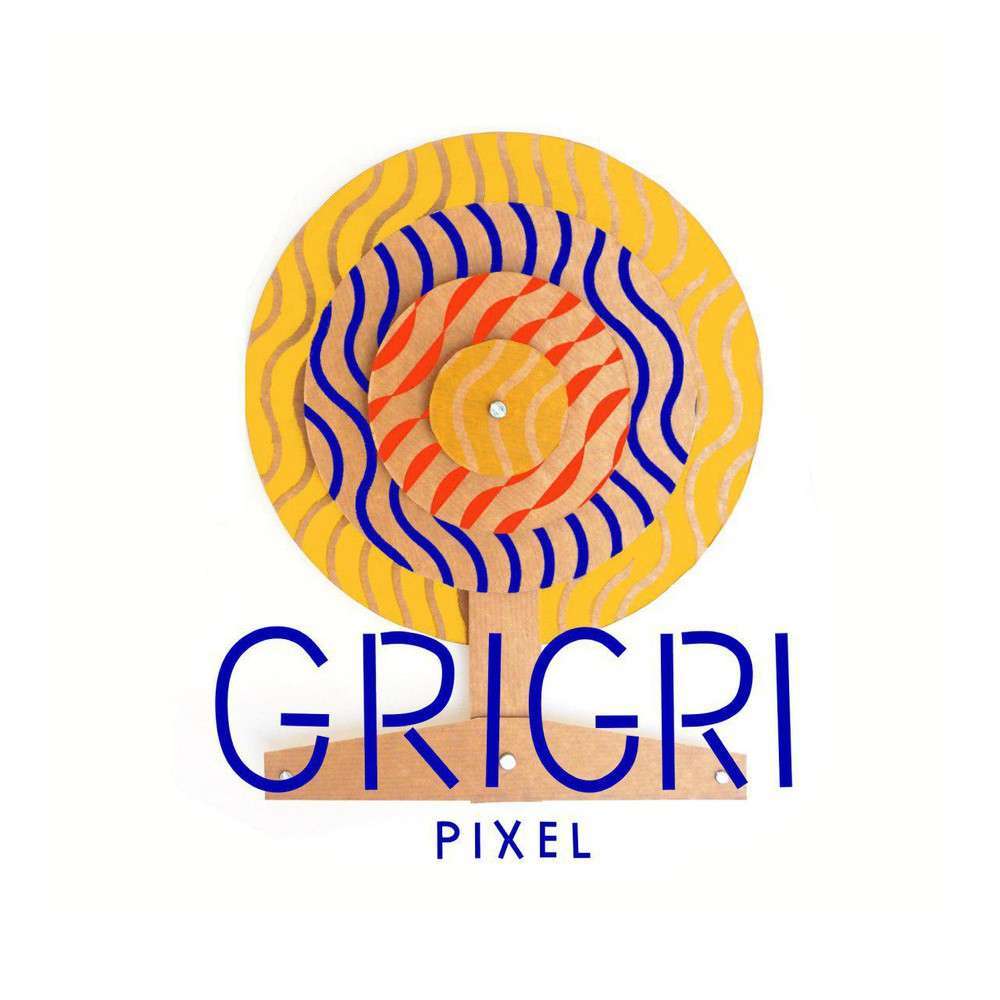 WORKSHOP How far does your house open?

In 2019 the fourth edition of Grigri Pixel will be held with a program that revolves around hospitality in the city.

The program is organized from May to October from three sessions in collaboration with the SERCADE reception center, a discussion between Marina Garcés and Felwine Sarr in Madrid, a workshop in Niamey, Niger, and the production workshop from October 14 to 27 2019 along with selected African initiatives from Burkina Faso, Niger, Morocco and Mozambique and a score of selected collaborators.

The objective of these activities is to outline a framework of reflection for the collective design and construction of a grigri that calls and celebrates an open, plural, and diverse idea of ​​”us”, through its staging and activation in a public space from the Barrio de las Letras.

The work of the production workshop scheduled for October 14 to 26 will be developed around 3 axes: the construction and intervention in urban spaces, the technological and digital manufacturing and the research, recovery and activation of memories.

This action will be carried out to reactivate and recover physical and social meeting spaces in the Barrio de Las Letras that make possible mutual recognition, the acceptance of differences, and the creation of “common worlds” among those who inhabit it, regardless of its origin or duration of your stay. It is a collective and transdisciplinary action that proposes to make the city and the neighborhood hospitable places where one can feel part of the community, “neighbors”.

Likewise, this workshop is proposed as a space to investigate and reconnect experiences of city creation between Africa and Europe to raise common questions capable of making visible synergies, meeting points, or differences in the practices and processes of care and re-enchantment of the public spaces between these two territories.

WHO IS A PART OF THIS IV EDITION?

For this fourth edition, we will have the presence of five artists and creators who have been selected by open call: Ana Raquel Machava, Architect and director of the Maputo Cinema Festival (Mozambique); Meryem Aboulouafa, singer, composer, and designer in Casablanca (Morocco); Amadou Mbaye, Hahatay Community Development Coordinator, in Gandiol, Saint Louis (Sénégal); Gildas Guiella, maker and founder of Ougalab, in Ouagadougou (Burkina Faso); Nana Kadidjatou Abdou Mounkaila, manager of the Arene Théâtre space, in Niamey (Niger) together with more than twenty collaborators.

The workshop will be facilitated by David Pérez, architect; Blanca Callén, social researcher, and professor at the UVIC-UCC and the UOC; both members of Grigri Cultural Projects, and Yago Torroja, electronic engineer and professor at the Polytechnic University of Madrid.

Within the framework of the workshop, a meeting-seminar will be held on “La Hospitalidad” on Friday, October 25 at the SERCADE headquarters (C / Lope de Vega, 45) to share experiences, imaginations, and reflections capable of generating neighborhoods and hospitable, inclusive and welcoming cities between both continents. This meeting will feature the participation of Abdourahmane Seck (Gaston Berger University of Sant Louis, Senegal); Modesta di Paola (Complutense University of Madrid), Paula Domingo (Elin Association, Ceuta), and Serigne Mbaye (Unions of Manteros of Madrid).

This activity is organized by Grigri Projects in collaboration with Medialab Prado, the NGO SERCADE, and the support of the ACERCA program of AECID. 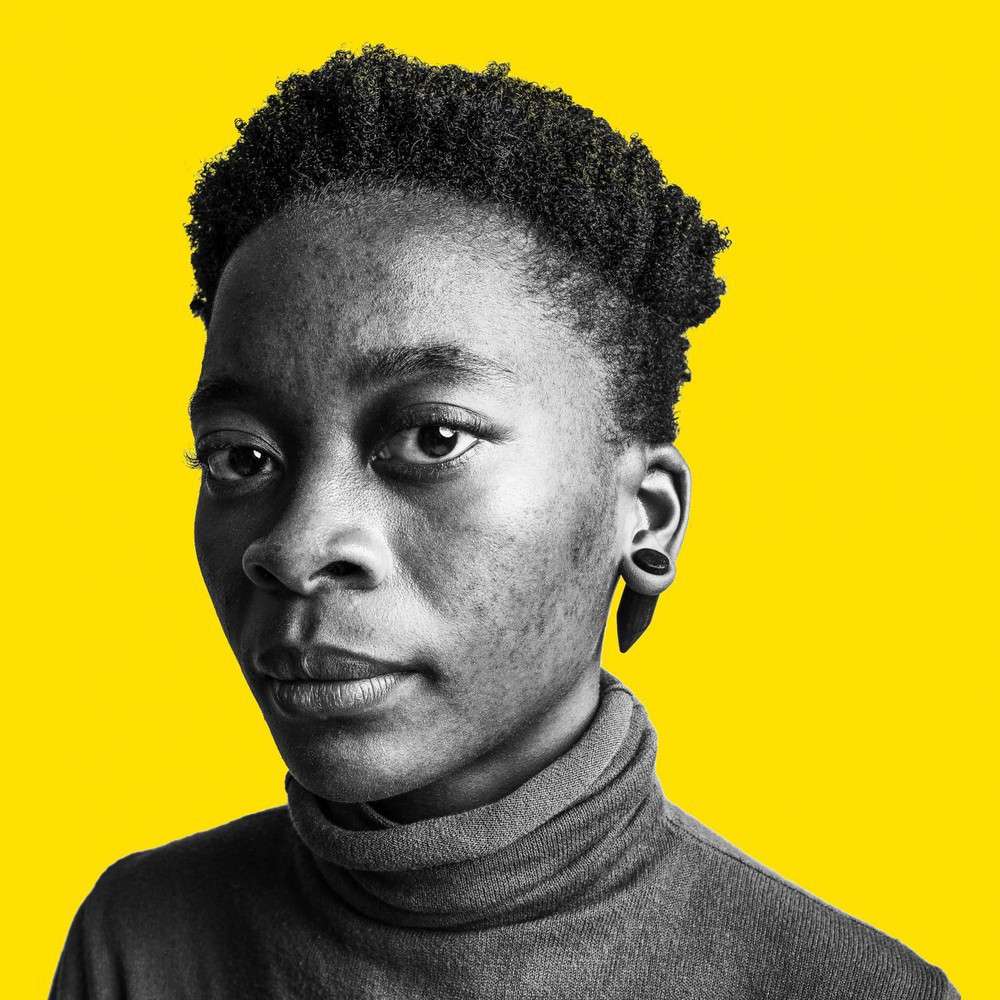 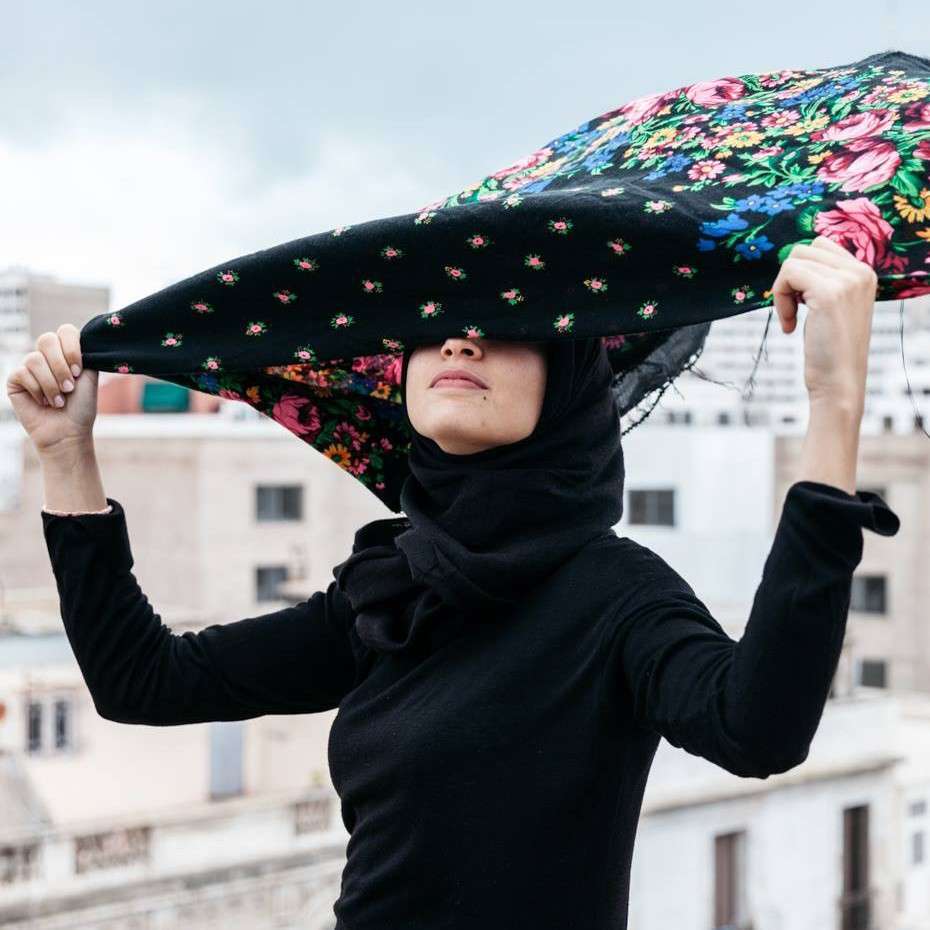 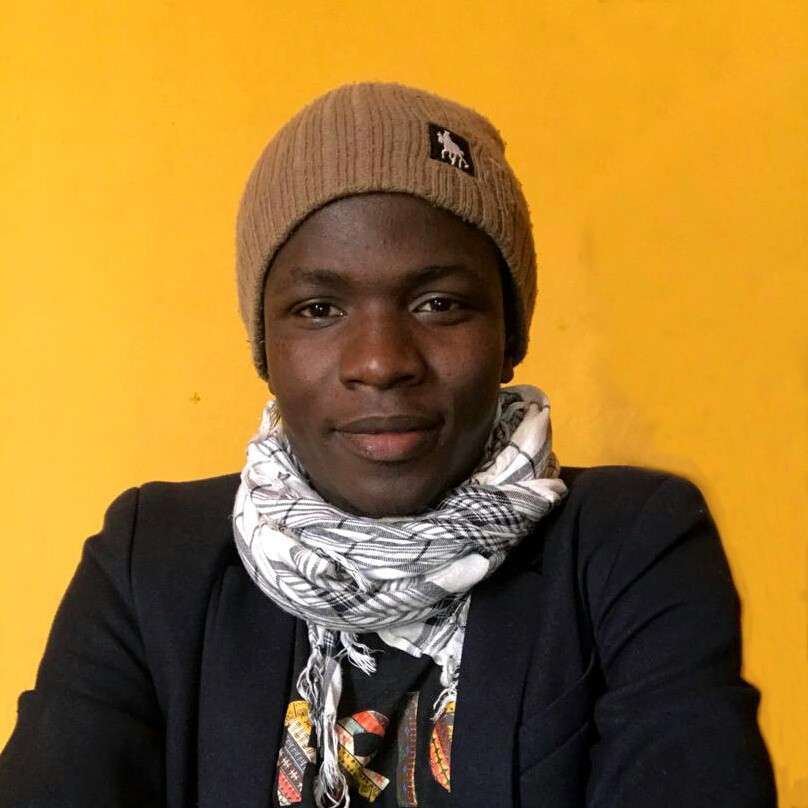 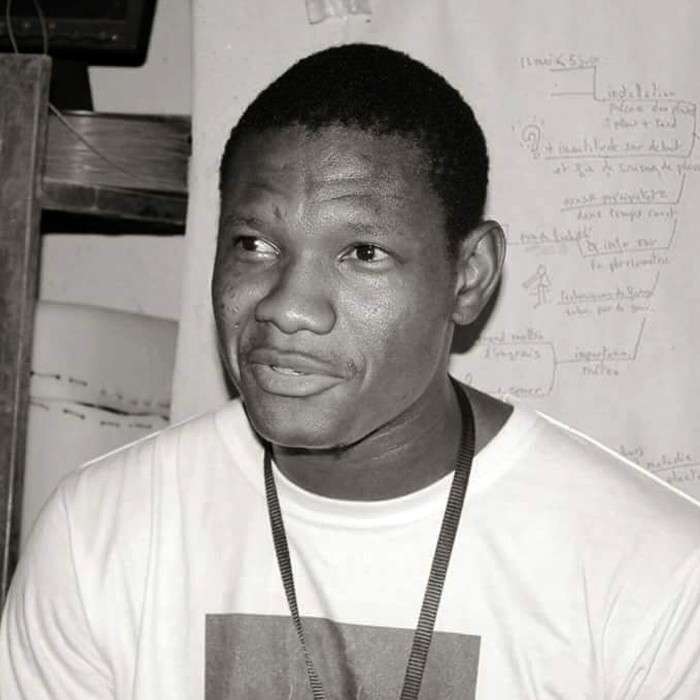 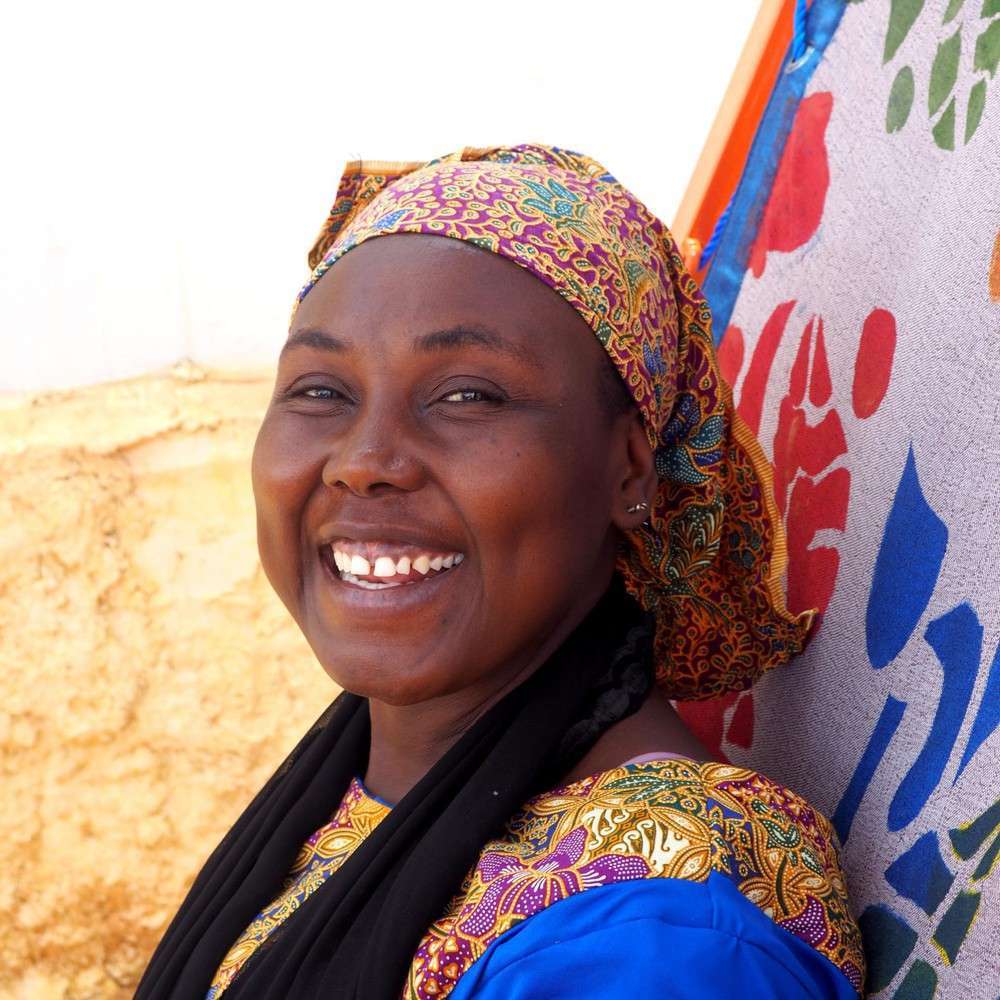